Le Viaduc des Arts is a railway viaduct in Paris, built in the mid-19th century. In 1983, it was converted into the Promenade, an upper walkway, and an avenue of shops and galleries at street level. The Viaduc’s 64 archways house businesses relating to arts and crafts such as fashion designers, musical instrument makers and furniture restorers. The Viaduc’s new identity needed to reflect the two physical levels and dual functionality as both a hub for the arts and as a public route into Paris.

The Viaduc’s former life as a railway bridge led me to look into the visual language of rail travel in the 1850’s; ticketing, steam strains, travel posters, and maps of Paris from the period. I also wanted the rebrand of the Viaduc to encapsulate how it is used by people today. There were parallels between its historical usage, taking people on a journey to the pleasure gardens outside of Paris, and the metaphysical journey of exploring new and exciting arts and crafts.

I felt that in designing a new mark, Viaduc’s iconic archways and solid, enduring structure are what set it apart from other destinations in Paris, and could not be ignored. I wanted the mark to be an unambiguous representation of the Viaduc. My ideation led me to a logo that was weighty, like the structure itself, but also had a sketchy feel to reflect the artisanal nature of the businesses beneath the arches.

I developed a wayfinding system consisting of colour coding and icons that would be displayed on flags at street level to classify the type of business which could then be easily seen each end of the Avenue. My wayfinding system and icons really help visitors to navigate to where they would like to visit. 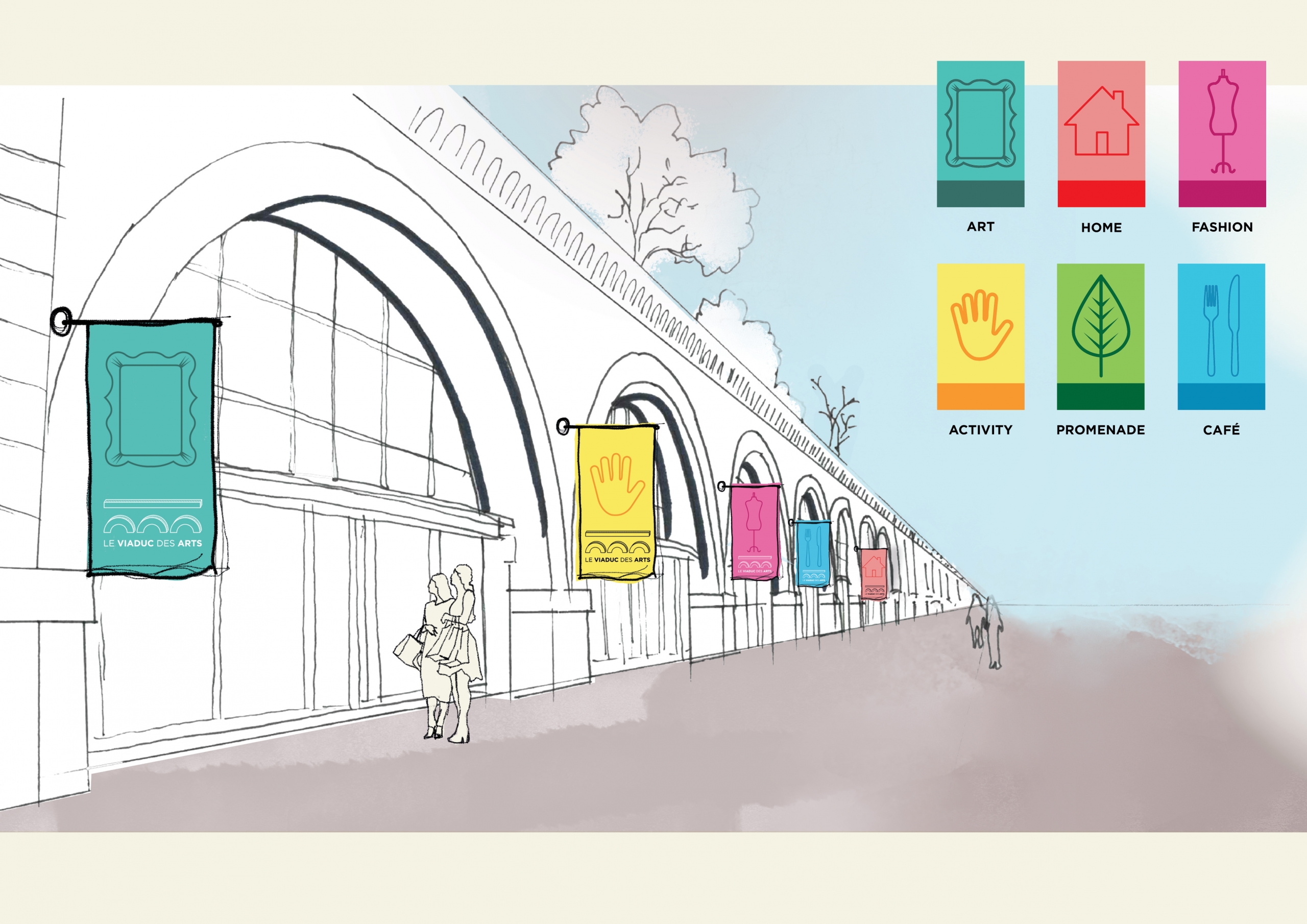 A commemorative pack of cards, with a die cut box and one card for each business situated along the Viaduc. Each card is colour coded and labelled with an icon to match a wayfinding system, for example the fashion businesses carry the dressmakers’ mannequin icon. 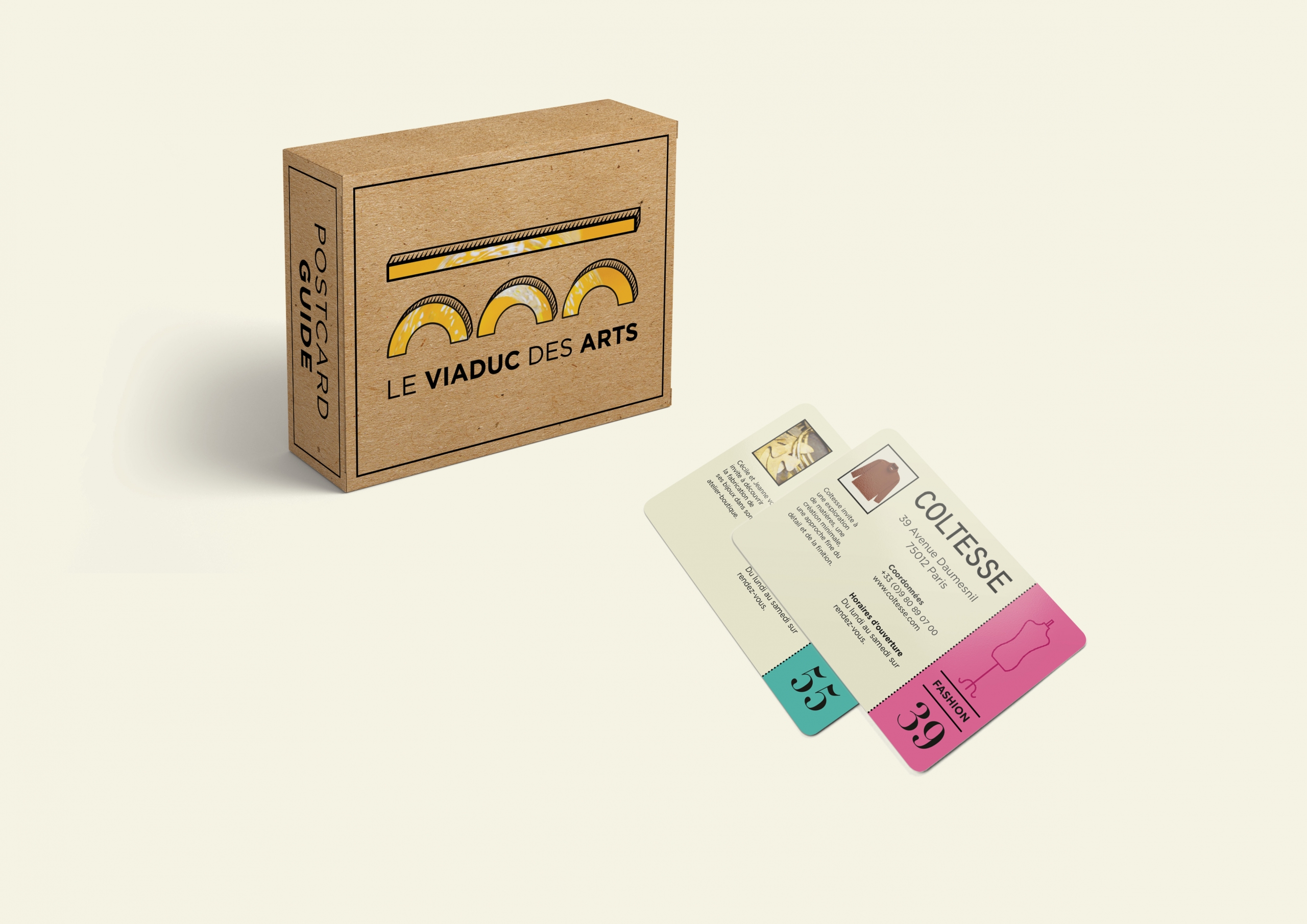 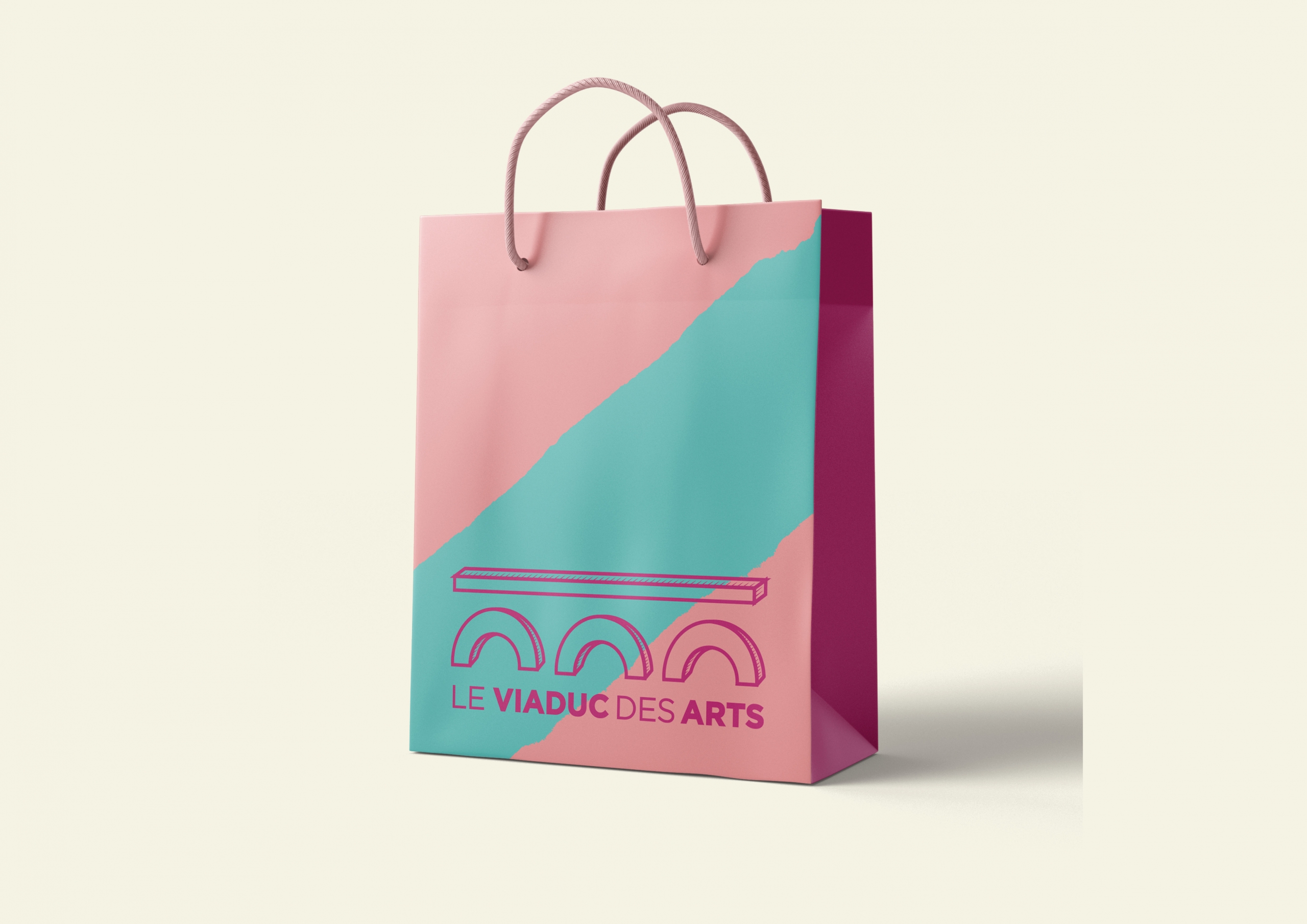 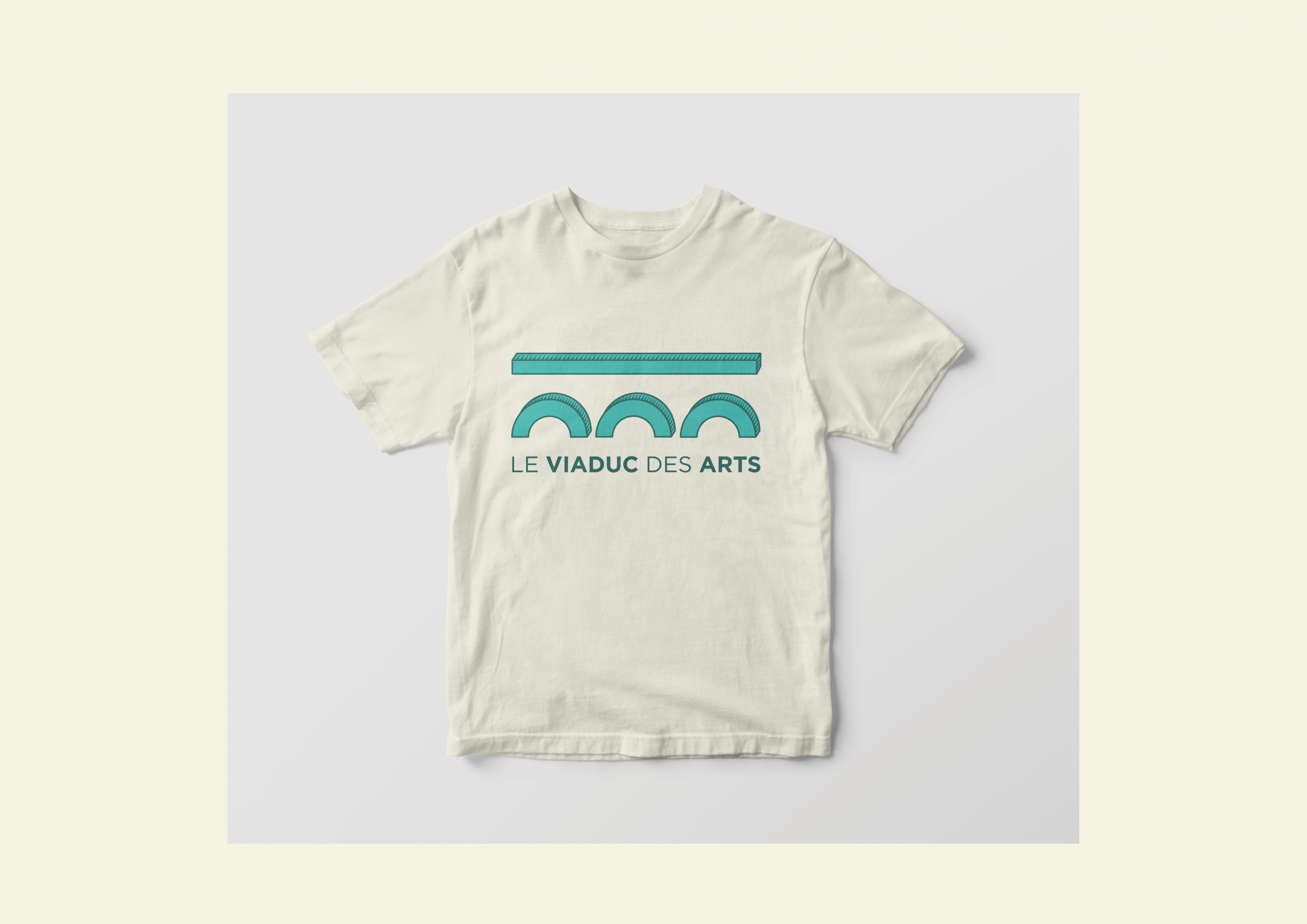 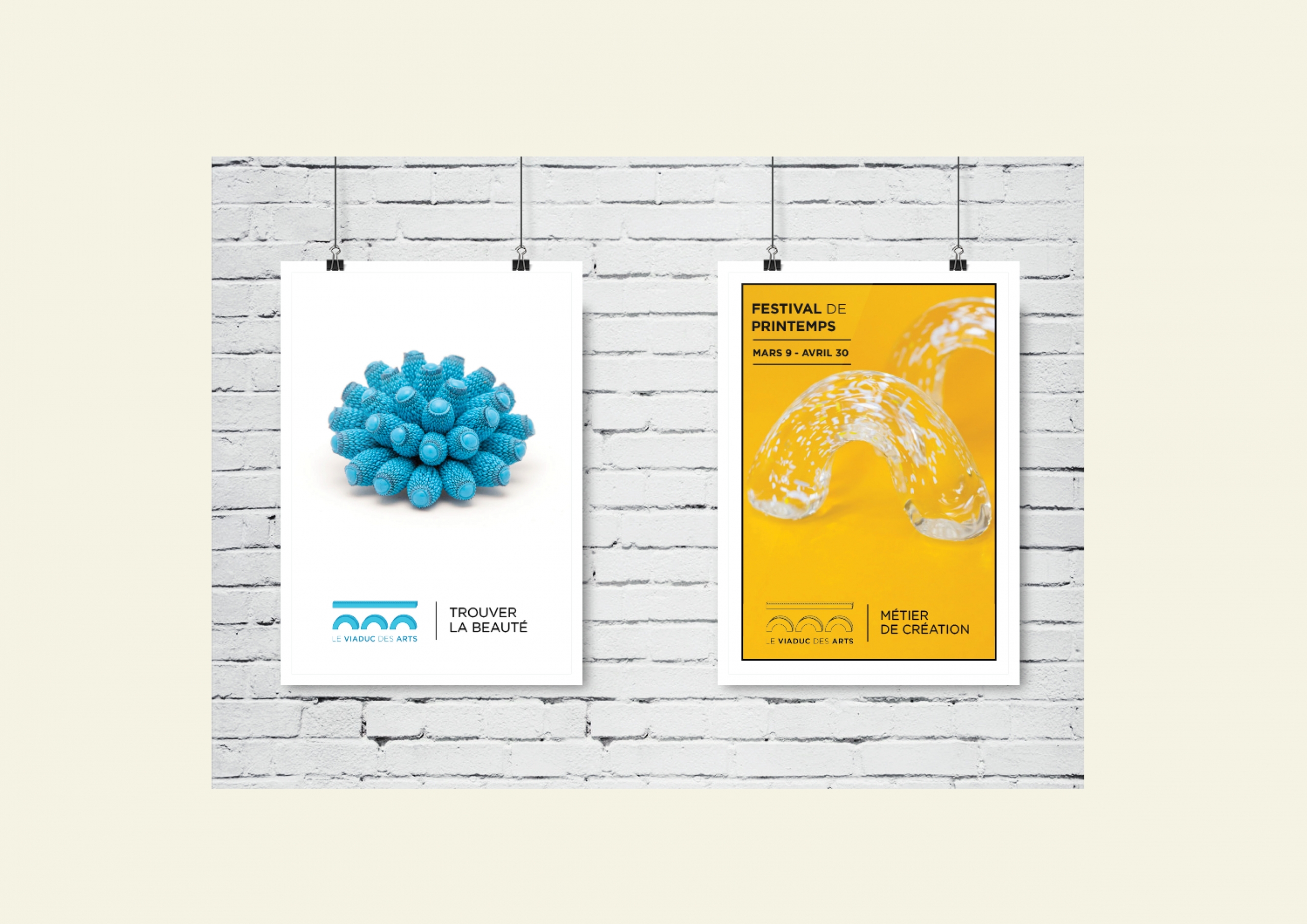